MASTER
Home
About
Get There
Tickets

By Union Market Drive-In (other events)

The Drive-In at Union Market is back for an Autumn Season! Watch great films under the stars -- in the convenience of your car! Delicious foods from the market, and fun pre-show activities for movie-lovers of every age!

OCTOBER 10
MONSTERS UNIVERSITY
A look at the relationship between Mike and Sulley during their days at Monsters University -- when they weren't necessarily the best of friends.

October 24
REMEMBER THE TITANS
The true story of a newly appointed African-American coach and his high school team on their first season as a racially integrated unit.

October 31
PEOPLE'S CHOICE!
Vote on your favorite film at facebook.com/unionmarketdc.

*Due to safety issues, no cars will be admitted, even with a reservation, after 7:45pm. 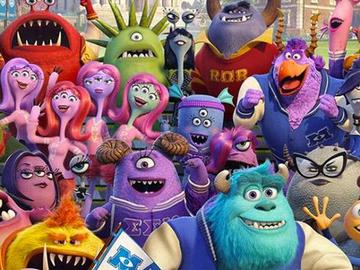 ==> GATES OPEN AT 6:30PM
We suggest arriving early for spaces closest to the screen.

==> FOR SAFETY REASONS, NO CARS WILL BE ADMITTED AFTER 7:45pm.
Once parked, you may not leave until instructed by event staff.

In the event of rain, UM will announce event cancellation by 1:00pm the day of the event. Your ticket may be used for the rescheduled rain date, to be announced.

No refunds or exchanges.

other events by this organization